An article just published in the Center for Creative Leadership’s ‘Leading Effectively’ newsletter: Job Assignments That Matter Most struck a chord with me this morning. For those looking to develop leadership competencies, this article presents an interesting framework for approaching the challenge.  It may involve seeking new assignments which put you outside your comfort zone or putting your hand up to solve a difficult problem. One way or the other, the idea is to take on a challenge that stretches your leadership skills. 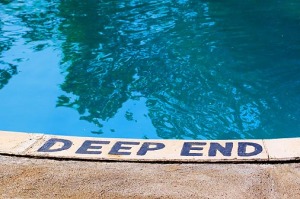 During my time in GE we were actively encouraged to take this approach (in GE terms this was called a ‘stretch assignment’) and this resulted in me taking on assignments that stretched not only my leadership competencies but also my language and cross-cultural skills. The assignment that I learnt the most from was a role that I volunteered for in France at the age of 26. I was asked to join a large IT programme in order to learn about the system so it might be implemented elsewhere. The French perceived me as an intruder from head-office and the ultimate insult was that I did not speak much French. After 6 weeks they tested me by asking me to do a presentation in French to about 20 people. To say I was terrified does not adequately describe how I felt then. My inter-cert French was tested. By the time I left France however I was facilitating large meetings through French and thriving on it.

My lack of French was an issue but it was the least of my problems. The biggest challenge was dealing with the political culture of a tri-party project and significant people issues. A couple of months into my assignment I (naively) sought a team leadership role with a team of about 10 people. All the team members were French, and varied in age from early 20’s to individuals in their 50’s and they came from 3 different organisations (with differing expectations) all with a stake in the programme. When I look now at the article referred to above, I realise that this assignment allowed me to develop 7 of the 8 competencies they mention. It  was an amazing experience (albeit quite stressful at times) and I am certainly proud of how I developed in that role.

In October last year I attended an MBA alumni event at which Cormac McCarthy (CEO of First Active and Ulster Bank) was interviewed. He was asked what advice he would give to those looking to develop their careers, and Cormac spoke of the concept of ‘stretch assignments’ in GE. The article I mention above may provide an interesting framework to those of you interested in taking this approach. I certainly recommend it!